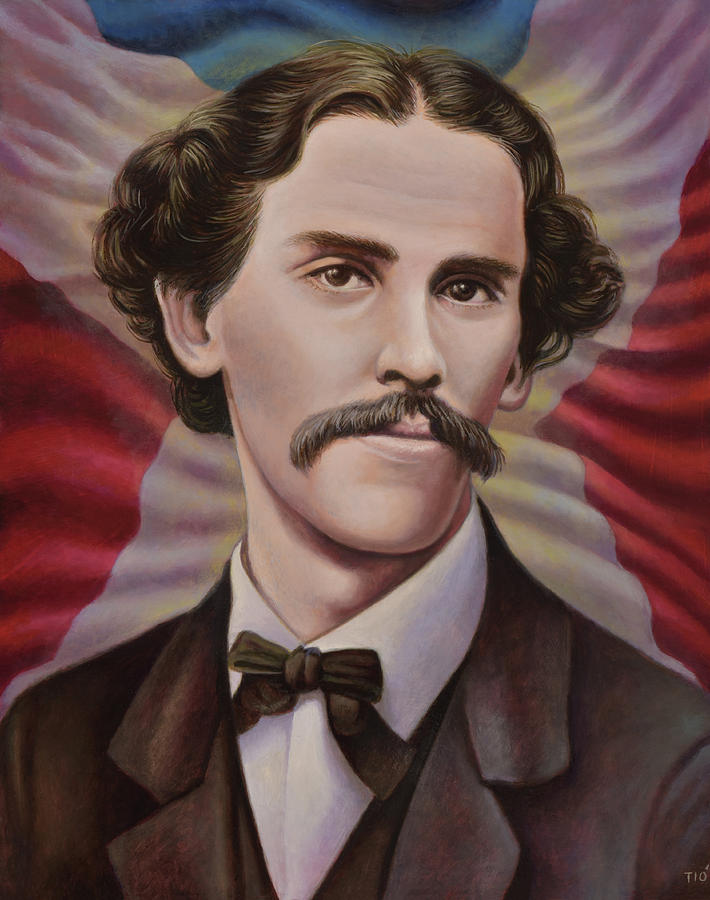 A few years ago while searching on the internet I stumbled upon an old picture, the person who posted it stated that it was a young Juan Pablo Duarte, (Francisco del Rosario Sanchez, Matias Ramon Mella and Juan Pablo Duarte were the three founding fathers of the nation – Dominican Republic). Duarte’s independence ideals began the movement that resulted in the independence of the Dominican nation. I was intrigued by it and saved it for a future painting since I have never seen a painting of Juan Pablo Duarte at young age.

Last year when I started working on this painting I wanted to confirm the genuineness of the image and I found out it was not Juan Pablo Duarte; it was his older brother Vicente Celestino Duarte at young age. After reading about him, I learned that he also played an important role in the independence of the Dominican Republic so I decided to continue with the painting.

Born in Mayaguez, Puerto Rico, Vicente Celestino was part of the secret society La Trinitaria. Which was a Society founded by Duarte hoping to increase nationalism and spread its separatist ideas from Haiti. Despite having a privileged economic position and business to devote himself to, he chose to continue the struggle for independence alongside the Trinitarians. He formed part of the ranks that fought to defend sovereignty, along with Francisco del Rosario Sánchez.

In 1857, he was appointed deputy to the Moca Review Assembly, which reformed the constitution in a liberal sense. He returned to exile with his brother Juan Pablo with the annexation of Dominican Republic was to Spain, a political decision which he was also against.

He soon returned to the country to join the restorative struggle in which he continued to play a very important role and won the respect and admiration of many of his colleagues in the struggle.
He died in 1865 in Santo Domingo, in his honor there are busts and streets of the country named after him.