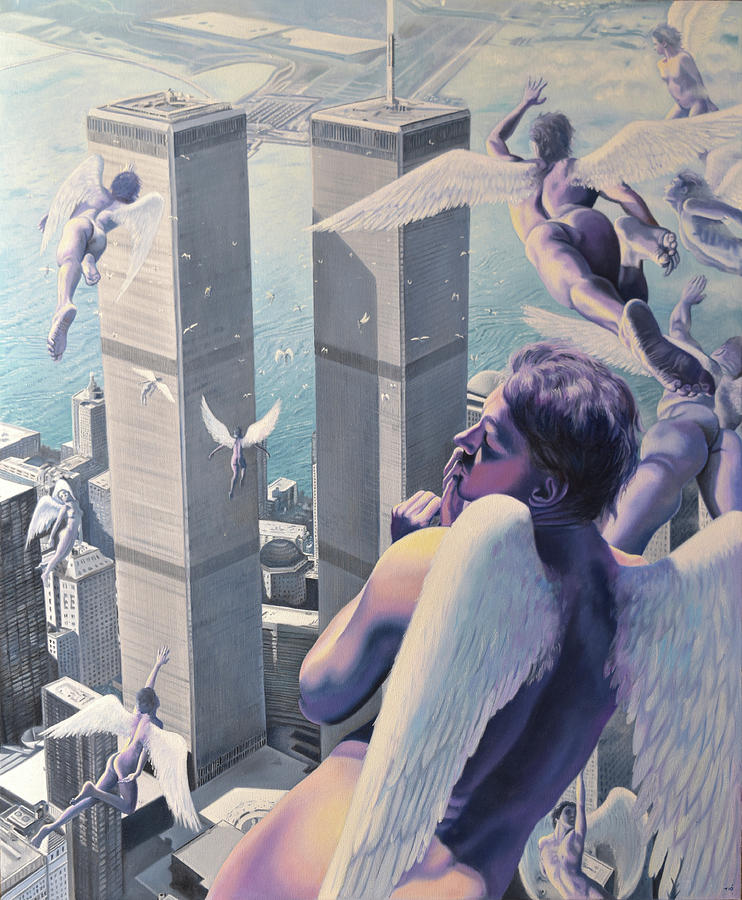 On the morning of September 11, 2001, the subway that I was riding slowed and eventually came to a stop, whereupon all passengers were evacuated. I had no idea that I would soon witness events which would bear tremendously, and terribly, on the whole world. A few minutes later, in horror, I watched televised images of the twin towers crashing to earth. The expressions on the faces of the people streaming from ground zero, covered with dust and debris, seared themselves into my memory.

In the period just after the catastrophe, I was unable to paint and even felt it necessary to avoid any encounter with images related to 9/11 simply in order to keep going with my life. Although many artists had the courage to depict the horrors of that day in their works, I found myself unable yet to do so, the trauma of the event was so potent. Eventually, an image of the epic spiritual movement that might have taken shape before and during the events of that day took shape in my mind: a great feeling of peace subsumed me and, with it, came the title and a preliminary mental draft of this 9/11 painting.

I wanted to paint all that is created by God (the Hudson River and the angels) in color, and everything that is manmade in black and white. Only the bluish reflection from the sky gives a tint to the buildings.

Your angels are gourgous, I really love your city scape.