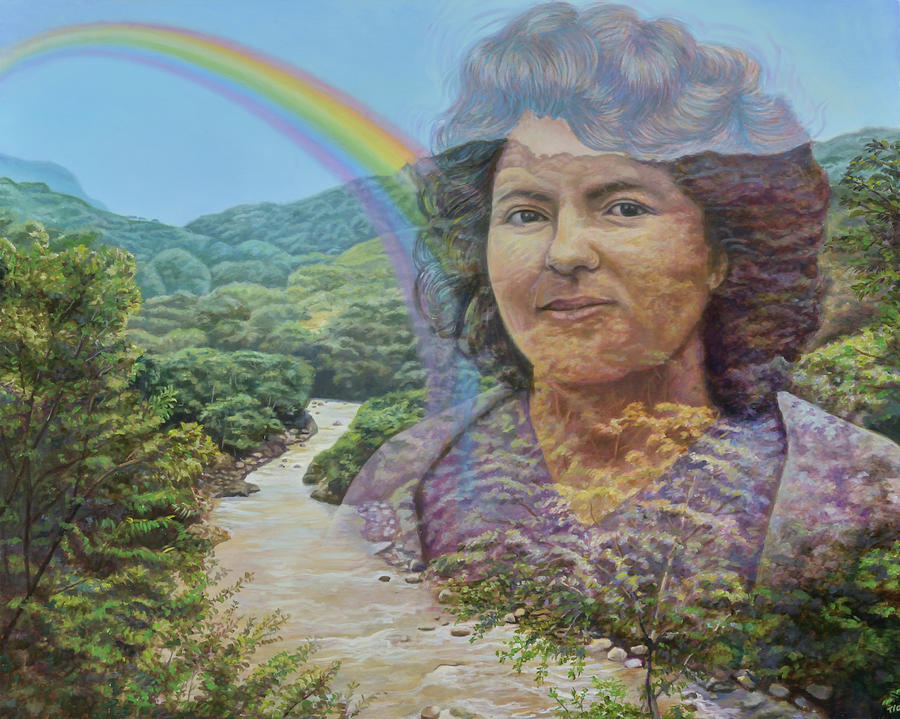 Berta Caceres, an extraordinary woman born in La Esperanza, Honduras. she was an environmental activist and indigenous leader of her people. She co-founded The National Council of Popular and Indigenous Organizations of Honduras (COPINH) to address the growing threats posed to Lenca communities by illegal logging, fight for their territorial rights and improve their livelihood.
Berta mounted a campaign against the Agua Zarsa Dam, the construction of this dam was an aggression against The Rio Blanco - A spiritual place for the Lenca People - was an act against the community, its free will and its autonomy.
Honduras has a very violent climate where many environmentalist and human right activists are being murdered and none of the perpetrators have been brought to justice. Against this odds Berta and the Lenca community's efforts successfully kept construction equipment out of the proposed dam site.
She received many death threats but this never stop her from fighting against the construction of the Dam and for her people.
In March 3, 2016 she was murdered by a gunman in her home in La Esperanza, Honduras
Her death followed by the killing of her college and fellow COPINH member Nelson Garcia just 12 days later, sparked international outrage. Dutch development bank FMO and Finn Fund has since suspended their involvement in the Agua Zarsa Project.
Until today there has been no justice for the assassination of this beloved Honduran environmental leader.